Click here to see how you can join us!

Dustin Frisbie (2015-2017) I’m a Ph.D student at Michigan State University. I’m generally involved in the Single Atom Microscope experiment in Spinlab. I’m also interested in computing, and working towards a certificate in high performance computing from the CMSE at MSU. Now at the NSCL. 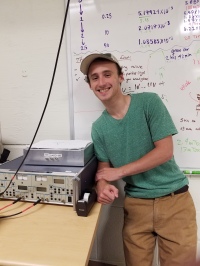 Evan Ryan (2016-2017) – Honors College Seminar – I am working towards a bachelors in chemical engineering at Michigan State University. I first started working in the lab in November of 2016 with the SAM project. My goal was to start to characterize the potential sources of optical background in our set up, with a focus on the substrates on which Neon is grown. I am now working with Radium EDM by using high voltage in a vacuum chamber to condition Niobium electrodes. My favorite scientific instrument is the lock in amplifier, as I feel I can relate to it more than any other instrument. In my free time I like to play guitar and mandolin. ​Now at Michigan State University. 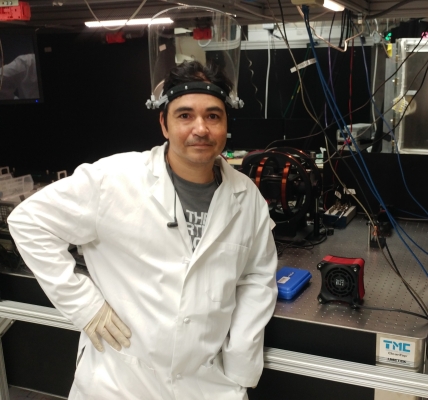 Kristen Parzuchowski (2015-2017) – DRS Program –  “I have worked as an undergraduate research assistant on the Single Atom Detection in Cryogenics Solids experiment since August of 2015. My work has consisted of planning, designing and assembling the vacuum system for our experiment. I calculate expected outputs such as the atomic flow rate & fluorescence yield for beam flux measurements and the ratio of ytterbium (& magnesium) to neon in our thin films of solid neon. I write programs that make the calculations quick and easy. I adjust optics for the experiment and help with collecting and analyzing the actual data. My favorite scientific instrument is our spectrometer. We use it in almost all of our experiments because it’s a simple way to measures the spectrum of light in an instant” Graduated MSU in May 2017 and now a Physics Graduate Student at University of Colorado, Boulder.

Jake Huneau (2014-2017) –  “I am an undergraduate senior currently majoring in physics. I am working on doing analysis for the HeXe experiment and working on the Radium EDM experiment. I developed a program that acts as a calculator that can calculate the decays and total radiation energy from any isotope. I enjoy doing analysis and computational physics and have interests in high energy physics and fluid dynamics. I plan on pursuing my doctorate after I graduate in May 2017. My favorite scientific instrument is either a computer for doing analysis or a soldering iron for building circuits” Graduated MSU in May 2017 and now a Programming Engineer at Jacobs Engineering. 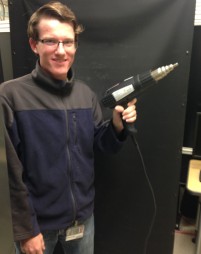 Liam Clink (2015-2017)-  “My name is Liam and I have what may be considered an unhealthy obsession with physics; my free time is often filled with reading texts on physics and taking notes on them for fun. I have worked on the degaussing project and assisted in collaboration with a PhD student from the University of Michigan. I also have a passion for waterskiing. I suppose that my favorite scientific instrument would be the torsion balance because of how simple it is, and yet how precisely it can measure attractive forces.” Now an Undergraduate researcher with the NSCL Theory Group.